Chapter 3/ Foresight Efforts, the future of the security environment: Hazards and instability situations

The security risks of climate change identified by SFA group workshop included:
DRIVER: Climate Change. (pag.53)
Extreme weather events increase in frequency and intensity. Increased occurrences of tropical cyclones, severe storms and tornadoes, coastal flooding, and drought cause extensive damage to infrastructure, arable land, habitat, and feedstock, creating conditions for insecurity and instability. Famine, drought, or flood driven populations force migration exacerbated by expanding transnational criminal and extremist activity, and border tensions will be a recipe for conflict.
Rising temperatures will contribute to the increasingly accessible Arctic and Antarctic regions. Ocean warming and reduced sea ice will foster greater access to and exploitation of previously inaccessible natural resources in the Arctic and Antarctic regions. Additionally, reduced seasonal ice no longer restricts use of maritime global trade routes prompting possible resource competition, which may expand beyond traditional Arctic Council nations and affect NATO members with regional interests or actual territorial claims.
IMPLICATIONS
a. Increased humanitarian assistance and disaster relief operations due to extreme weather events
b. Increased access to the Arctic region
c. Increased potential conflict due to water scarcity
NATURAL DISASTERS: The effects of natural disasters will become more devastating
Disruptive Impact of Migration (pag.56)
Mass human migration caused by demographic, environmental, economic or political change, and/or armed conflict, will exceed the ability of governments to protect and provide services for their resident populations. This uncontrolled migration will increase the potential for inter-ethnic, cultural, racial, and religious tensions
Where: People are moving from rural to urban areas. Megacities within poor countries will be less able to manage the mass of migrants. Regions at high risk for earthquakes, hurricanes, and other natural disasters, underdeveloped countries with autocratic regimes, and lightly-defended borders, especially near coastal areas, as well as regions with politically oppressed populations, will be the migrant source areas. 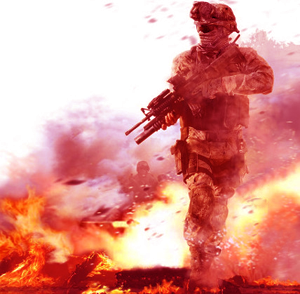 What is new in 2030?
Control over the flow of mass migration will become a widespread security issue, especially within urban areas. More areas will be at tipping points, where thresholds leading to crises will be more easily exceeded. More populations will be at risk due to greatly increased urban population growth, accelerating climate change, and political unrest. The speed and rate of movement and the size of migrant groups will increase, thus degrading the ability to control migration. Multiple migration flows will occur simultaneously. Migrants provide the opportunity for host nations to address declining populations by increasing human capital and supporting population growth. Disruptive migration also has the ability to increase the internal strife between government and immigrants, as well as between residents from different subnational groups. 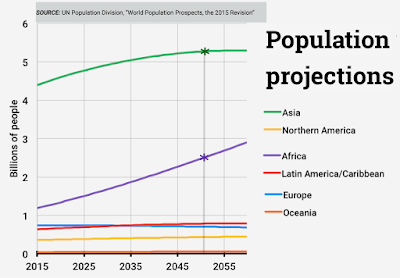 Large-Scale Disaster (pag.57)
Large-scale disasters, such as deadly pandemics (natural or manmade), famine, or natural disasters result in governments seeking external support in the provision of health, security, and welfare of governed populations. Entities like nations, criminal organizations, or extremist groups exploit the chaos to achieve goals.
Large-scale disasters (natural or manmade) will significantly increase the flow of people, creating mass movement of populations. National capabilities in underdeveloped areas will be unable to cope with large-scale disasters, and some regions will experience transnational impacts that could cascade across borders and lead to widespread humanitarian catastrophes. Some actors will take advantage of such situations to gain or consolidate influence over established governments, or to take control of vital infrastructure for example. Such a regional or global disaster provides a profit opportunity for business or criminal organizations by providing relief at a premium cost to impacted people. Opportunistic actors will seek to control resource distribution and may engage in hoarding or extreme market inflation of food, water, medical supplies, housing, and energy. Competition for and authority over resource allocation during the chaos of a disaster will challenge security providers.
Where: Large-scale disasters (natural or man-made) can occur anywhere, but are especially challenging to governmental control in locations with high densities of population and in littoral areas. Disasters in such regions can rapidly become a global challenge, calling for a global response. Also, the continued and effective operation and populations of any one of the world’s financial or commercial centers are especially vulnerable to large-scale disaster.
What is new in 2030?
The frequency and severity of large-scale disasters will increase due to climate change and urbanization. The threshold is reduced for responsiveness and proactive planning to the collapse of a state or region. Increased globalization, urbanization, and interconnectedness make the spread of disease easier and more devastating. Faster information flows will spread fear and panic at an accelerated rate. Multinational corporations and criminal organizations will play a bigger role in disaster relief. Megacities in weaker states will raise the probability of a collapse. Private security organizations will play an increased role in providing security. "